Request a Quote for Aurora 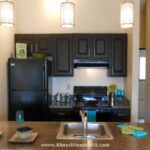 Almost Home offers a wide variety of Aurora, CO corporate housing options for every short or long term furnished apartment need you may have. Contact us today to receive a temporary housing quote customized just for you in your desired area of the city.

We wish to help familiarize potential newcomers to life in Aurora and therefore provide the following informative summary of various aspects of this city. Take a few moments to acquire the knowledge of a long-time resident before you arrive.

Those staying in corporate housing in Aurora, CO for business reasons might appreciate some information about the city’s business environment. Aurora, CO is a fast growing suburb bordering Denver and hosts Buckley Air Force Base, which is a foundation of Aurora's economy. The base operates a Tactical Fighter Wing, monitors activities in space, conducts space surveillance and performs other related extra terrestrial operations. With the city's heavy emphasis on military aviation and space programs, defense contractors such as Raytheon, Northrop Grumman, and Lockheed Martin maintain significant presence here, and are three of the top ten private employers in the city. Other economic activities of significance include the medical and insurance sectors.Additionally, sports and tourism are integral to the city's revenue streams. More than 30 regional, national and international sports tournaments descend onto Aurora to showcase various competitions every year.The city levies an Occupational Privilege Tax on both employers and those it employs. Employers are responsible for employees to file the OPT returns and withhold the necessary funds from their employees, regardless of whether they are local or beyond.

Knowing what clothing to bring with you to your Aurora, CO furnished apartment is somewhat dependent on the local climate. The climate in Aurora is influenced by its mid-latitude location, and its high elevation, almost 5500 feet above mean sea level. Aurora experiences semi-arid weather and four distinct seasons. Spring temperatures range between lows of 26°F in March, and highs of 71°F in May. Summer ranges between lows of 51°F in June thru September, to Highs of 89° in July. Winter stretches between December and February with lows dipping down to 18°F. So, be sure to dress right and then venture out of your Aurora, CO corporate apartment to enjoy the wide variety of outdoor activities that this area offers.

Being a temporary resident in Aurora, CO corporate housing need not relegate you to feeling like a complete outsider. Acquaint yourself with Aurora’s history by reading our brief historical summary provided below.The town began its history as a suburb of Denver when land speculators and developers in the late 18th century developed a small parcel of land just outside Denver. Originally named Fletcher, after Donald Fletcher who developed the area, the city faced its first economic downturn in the wake of the silver market crash in 1893. Donald Fletcher disappeared, being unable to face the city's water debt to Denver. He left the city's residents to deal with the repercussions. Soon after, in 1907, residents voted to change the name to Aurora. The name originally belonged to one of the subdivisions in Fletcher that was closest to Denver and growing rapidly from its proximity. By 1970, that growth had caught up with the rest of the subdivisions and Aurora become one of the fastest growing cities in the country. That trend has continued into the 21st century.

All of Almost Home’s Aurora, CO furnished apartments have fully equipped kitchens, making cooking both easy and enjoyable. However, many of our residents still enjoy dining out from time to time. You might want to give the following restaurants a try:

Things to do in Aurora

Stepping out of your Aurora, CO temporary housing is bound to present you with numerous interesting activities. We have listed a few possible entertainment options that may appeal to you. Whatever your reason for visiting Aurora, Almost Home Corporate Housing is your best choice to provide you with a furnished apartment in Aurora, CO that is perfectly tailored to meet your unique housing needs. Call us today to receive a quote or fill out our simple housing request form at the top of this page.