Request a Quote for Bethesda 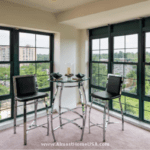 Bethesda is an affluent town in the southern county of Montgomery in Maryland. It sits just northwest of Washington, DC, the capital of the United States, and was named as America’s most educated small town by Forbes. The proximity to the capital means that many residents of Bethesda commute to the city to work in high-paying jobs, and return to Bethesda for a more laid-back lifestyle. Guests of a furnished apartment in Bethesda MD will also be pleased to hear that the town has ranked well in many other ‘top’ lists. Bethesda came first in a list of the U.S.’s  ‘Top 10 Hottest-Guy Cities’ as rated by Total Beauty magazine, due to the levels of high education, income, and fitness among its residents. CNNMoney.com ranked Bethesda in first place when rating the highest-earning small American towns in 2012, and anyone thinking of moving to Bethesda MD corporate housing should be aware that the town also came second on Forbes list of most liveable cities in America.

Hide Map
The influx of wealth into the town has created a vast array of restaurants, cafes and shops for the residents of Bethesda to explore. People staying in Bethesda MD temporary housing will have no shortage of dining options to help them pass the time, as well as recreational activities, thanks to the town’s thriving economy. Companies based in Bethesda include Marriott International, Iridium Satellite LLC and Coventry Health Care, to name just a few. There are many large companies and company headquarters based in the town, which supply jobs to renters of corporate housing in Bethesda MD. Bethesda has a population of just over 60,000, yet there are 8 Pulitzer prize winners among them, as well as some famous politicians. The 2000 census reported that 79% of Bethesda residents above the age of 25 had bachelor’s degrees, while an astonishing 49% held professional or graduate degrees. This is yet another indicator of the wealth and affluence in the town.

Where to Eat in Bethesda

Bethesda boasts a wide range of fantastic restaurants to suit any budget, with a particular focus on ethnic dining. You will be spoiled with so many choices of where to go, when you decide not to use the kitchen in your Bethesda MD corporate housing, and go out for an evening on the town instead. Bethesda offers everything from Persian cuisine, to Japanese sushi bars, Mongolian, Thai, Vietnamese, Greek, French and Italian. Those seeking more home-cooked style food will also find traditional American eateries, as well as a vast array of food trucks, cafes and delis.

Where to Shop in Bethesda

Bethesda offers world-class shopping, which will not disappoint even the fussiest shopaholic. The town is packed with high-end boutiques and designer shops, as well as chain stores which you will recognize, and outlet shops.

Bethesda is home to a variety of theatres, parks and museums where you can happily spend your leisure time.