Request a Quote for Jackson 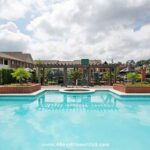 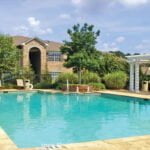 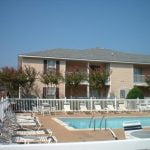 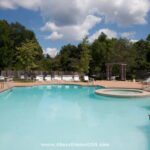 Almost Home offers a wide variety of Jackson, MS corporate housing options for every short or long term furnished apartment need you may have. Contact us today to receive a temporary housing quote customized just for you in your desired area of the city.

We wish to help familiarize potential newcomers to life in Jackson and therefore provide the following informative summary of various aspects of this city. Take a few moments to acquire the knowledge of a long-time resident before you arrive.

Those staying in corporate housing in Jackson, MS for business reasons might appreciate some information about the city’s business environment. Jackson's economy is derived from a diverse platform of government administration, corporate, industrial, agricultural and academic revenue streams, mixed with some tourism and retail. It has attracted the term of being the "Best of the New South," a caption that reflects the new economy of the entire south and the role Jackson plays in this. Form a corporate perspective, there are no less than 4 bank headquarters located in Jackson and another 12 that have regional offices here.Agriculture represents $180 million industry in the city and the tri-county area, with cotton, grains, poultry, cattle and timber making up the revenue sources. The government, both state, federal and city, make up one of the largest employers by industry. Combined, they employ over 40,000 Jackson residents.The secondary operations of the economy have been those that have benefited from the success of the primary industries. Here, construction, retail and tourism have been successful in generating stable revenue for the city.

Knowing what clothing to bring with you to your Jackson, MS furnished apartment is somewhat dependent on the local climate. Jackson faces a humid subtropical climate with humid summers and mild winters. Spring is mild with temperatures ranging from highs of 68°F in March to 89° in May. Summers are hot and characterized by daily rainfall, with temperatures reaching a peak of 92° and lasting over two months, July and August. Fall averages 87° in September to lows of 44° in November. Winter stretches from December to January, with the coldest of 46° occurring in January. So, be sure to dress right and then venture out of your Jackson, MS corporate apartment to enjoy the wide variety of outdoor activities that this area offers.

Being a temporary resident in Jackson, MS corporate housing need not relegate you to feeling like a complete outsider. Acquaint yourself with Jackson’s history by reading our brief historical summary provided below.Prior to European settlement, the area that is now Jackson, was the site of the Choctaw Nation. The Choctaw Nation was a large group of indigenous people that predated the area by a few thousand years. The area they occupied was obtained the United States via the Treaty of Doak's Stand and completed in 1820. Once the treaty was enforced, Europeans began moving into the area.The original agreement between the U.S and the Choctaw Nation called only for a small area of land to be ceded. However, by 1830, the U.S Government had convinced, and through a number of additional treaties and agreements, managed to extract all the people of the Choctaw Nation from the area and pushed them further west to Oklahoma, at that time called Indian Territory.While most of the people moved to Indian Territory, a number of Choctaw members decided to leave Choctaw Nation, and citing the Treaty of Dancing Rabbit Creek, became citizens of the United States. Descendants of those people now live across the State of Mississippi in various locations. The highest concentration of Choctaw people can now be found in the town of Choctaw, approximately 100 miles northeast of Jackson.

All of Almost Home’s Jackson, MS furnished apartments have fully equipped kitchens, making cooking both easy and enjoyable. However, many of our residents still enjoy dining out from time to time. You might want to give the following restaurants a try:

Things to do in Jackson

Stepping out of your Jackson, MS temporary housing is bound to present you with numerous interesting activities. We have listed a few possible entertainment options that may appeal to you. Whatever your reason for visiting Jackson, Almost Home Corporate Housing is your best choice to provide you with a furnished apartment in Jackson, MS that is perfectly tailored to meet your unique housing needs. Call us today to receive a quote or fill out our simple housing request form at the top of this page.