Request a Quote for Naperville 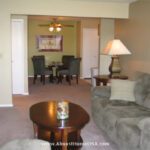 This warm, inviting one bedroom corporate apartment is the perfect place to unwind after a day at work or play.  It is conveniently located near . . . 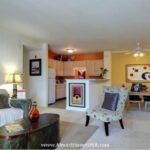 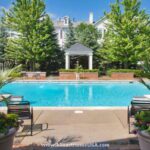 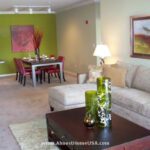 This apartment offers all the small details like crown molding, 9 foot ceilings, private balcony or patio, and a breakfast bar that make Naperville temporary . . . 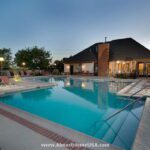 Staying in Naperville corporate housing will expose you to a wonderful experience in a remarkable town.  It’s easy to understand why folks around here think that Naperville is one of the best places to live in the United States. Money Magazine certainly thinks so with its number two ranking, awarded back in 2006. It is also one of the wealthiest cities with population under 75,000. All these accolades are just part of the story with this Chicago suburb, there is a lot more, and if you are moving here or if you are planning to stay in a Naperville corporate apartment complex here for a while, here are just some of the things that you are going to love about it.

Hide Map
If you're going to be settling in to Naperville temporary housing, you should at least understand the historic significance of this Chicago suburb as well as understand the contemporary demographics. In a nutshell, this is an affluent suburb of Chicago. Just 30 miles west and half an hour away from Chicago, it enjoys the full benefits of the city but none of the congestion, jams and social profile. Naperville's population stands at 4,000 people per square mile, while Chicago's stands at over 11,000.People here are friendly and accommodate out-of-towners pleasantly. There are numerous outlets for food, shopping and entertainment outlets. A few streets you should get familiar with are Ogden Ave. that runs East to West, dissecting Naperville. This is a major shopping destination with consumer-centric services along the length of the thoroughfare. A little further west, Ogden intersects with Route 59, another major shopping and commercial area that serves Naperville.

Things to do while staying in Naperville Furnished Apartments

Stepping out of furnished apartments in Naperville IL will introduce you to numerous enjoyable engagements in the Naperville surrounding area. Especially when you want to have fun while experiencing the folksy charm of the Midwest. Naperville offers an alternative to the fast pace of Chicago while still offering the amenities and conveniences of a major metropolitan. Besides the conveniences there are also the various things you can do while you are here. Things that will help you fit in while you spend some time at the doorstep to the Midwest. With all the things one can do in Naperville and with all the nice people, its hard to pack up and leave when the time comes. this is true for most visitors who come for a few days, just as it is true for those who come here for a couple of months. Wherever you decide to lay your hat while you're in Naperville corporate housing, one things is for certain, there will always be convenient access to something you need and getting around is as easy as can be.