Request a Quote for Glendale 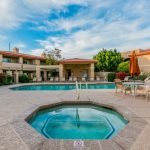 Almost Home is excited to offer this luxurious 3 bedroom, 2 bath condo with everything you want; the community offers beautiful landscaping, 4 heated pools . . .

Almost Home offers numerous Glendale AZ corporate housing choices.  Regardless of your unique temporary housing needs, our experienced housing specialists will work to find you the perfect Glendale AZ furnished apartment that we are sure you will love.

Almost Home provides the following brief description of Glendale, AZ, should you be considering a short-term stay here.  Knowing what you are moving into might be helpful to you.

Glendale is a suburb of Phoenix. This proximity creates a significant economic impact and the prosperity of the city. Glendale houses a large part of the Phoenix area workforce and this is reflected in the stable real estate prices. The real estate market and the industry surrounding it is a stable revenue stream for the city and one of the major contributors of wealth in the area. Real estate value is closely linked to the high income profile of the city’s middle and upper middle class residents.  Almost Home’s Glendale corporate apartments reflect this moderately upscale environment.

Hide Map
There are also a number of major employers in the Glendale area that hire locally. Companies like Arrowhead Hospital, Midwestern University, Thunderbird School of Global Management form the basis for the corporate and academic community.  Many of these Glendale establishments utilize corporate housing for temporary staff members or professors.  The schools are a major source of out of town income, attracting students from across the United States and International Students as well.  The military is also a major employer in the area. Luke Air Force Base, which is the country's F-16 training base, injects a significant revenue stream into the economy.

Bring plenty of hot-weather clothing to your furnished apartment.  Glendale has a hot desert climate. Spring is mild with temperatures ranging from highs of 70°F in February to 77° in March. Summers are hot and dry, with temperatures reaching a peak of 106° in July, with the record temperature being 121°F.  Fall averages 88° in October to lows of 52° in November. The cooler months stretch between December and early February where the lows are in the 40s.

The area that is currently Glendale was originally a desert wasteland outside of Phoenix. It did not have a natural source of water and thus was uninhabited. In 1885 William John Murphy, who worked for the Arizona Canal Company was put in charge of building a canal, 40 miles long, from the Granite Reef. In return for his efforts he had elected to be paid in stock, bond and land, instead of cash. This decision to not be paid in cash was detrimental because he had eventually run out of his own funds and had to sell portions of land to finance his construction.In 1891 Murphy organized a temperance colony and the project was a success. More like-minded families moved to the area because of the ban on alcohol. Finally in 1895, Murphy platted the land and began on construction. He then traded land rights for the railroad traveling from Phoenix to Prescott. The railroad passed through Glendale. A stop was built in Glendale and the inclusion of transport made the town more attractive and the population increased further due to the ability of residents to trade with the larger cities, yet live in a cost effective area.

Places to Eat in Glendale AZ

Things to do in Glendale AZ

Let Almost Home provide you with a quote for one of our Glendale AZ furnished apartments.  You will be glad you chose corporate housing for your next short term housing need.