Request a Quote for Philadelphia 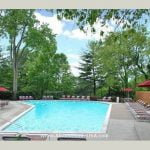 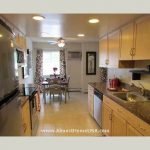 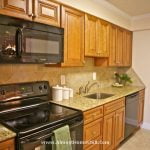 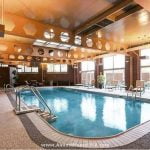 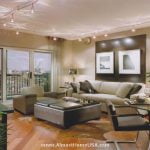 This waterfront furnished condo in Philadelphia has it all! Rain, sleet or snow, you can still take a dip in this indoor pool, work out . . .

Almost Home offers a wide variety of Philadelphia, PA corporate housing options for every short or long term furnished apartment need you may have. Contact us today to receive a temporary housing quote customized just for you in your desired area of the city.

We wish to help familiarize potential newcomers to life in Philadelphia and therefore provide the following informative summary of various aspects of this city. Take a few moments to acquire the knowledge of a long-time resident before you arrive.

Those staying in corporate housing in Philadelphia, PA for business reasons might appreciate some information about the city’s business environment. Although not the state capital, Philadelphia is the largest city in the Commonwealth of Pennsylvania. It is also ranked fourth in United States, in terms of Gross Domestic Product, generating over $350 billion annually. If compared to the rest of the world, Philly is ninth among top producing cities. In terms of its Gross Metropolitan Product, Philly stands at $347 billion, making it the seventh-largest metropolitan economy in USA.Philadelphia bases its economy on food processing, financial services, oil refining, manufacturing, information technology, healthcare and biotechnology. It also has one of the largest health education and research facilities in country.Tourism is also a major economic driver with almost 2 million visitors descending upon Philadelphia annually to visit the Liberty Bell. It is also home to the Philadelphia Stock Exchange and a main driver of corporate business in Pennsylvania, evidenced by the numerous Fortune 500 companies located here, including Wyeth, GlaxoSmithKline, Rohm and Haas Company, FMC Corporation, Colonial Penn, Cigna, Lincoln Financial Group, Aramark, Crown Holdings Incorporated, Comcast, Sunoco, Pep Boys and Boeing Rotorcraft Systems.

Knowing what clothing to bring with you to your Philadelphia, PA furnished apartment is somewhat dependent on the local climate. Philadelphia is classified as being a subtropical climate. Its January temperatures averages at 33ºF. Its mild spring stretches between 40°F in April to 57° in May. Summers warm up a little but do not get excessively hot. Fall temperatures average 54° in October and then continue to cool down to lows of 32° in January. Winter stretches from November to early February. Precipitation is fairly consistent throughout the year. So, be sure to dress right and then venture out of your Philadelphia, PA corporate apartment to enjoy the wide variety of outdoor activities that this area offers.

Being a temporary resident in Philadelphia, PA corporate housing need not relegate you to feeling like a complete outsider. Acquaint yourself with Philadelphia’s history by reading our brief historical summary provided below.The area that eventually became Philadelphia, originally established along the Delaware River, was inhabited by the Lenape Indians. The Dutch eventually built Fort Nassau, located between the Schuylkill River and the Delaware in the 1600s, taking the entire Delaware valley to be what they would call New Netherlands. Several construction efforts followed the Fort, creating a strong Dutch presence in Philadelphia, including Fort Beversrede, constructed south of Schuylkill to assert their dominance over the area.The ensuing conflicting claims over the area in 1655 resulted in a Dutch military campaign laying siege to the Swedish colony. The troops were headed by General Peter Stuyvesant. At the end of the siege, the inhabitants (Swedes and Finns) maintained practice of their own religion and legal control independently from the Dutch. Even when the New Netherlands Colony was controlled by Dutch, it didn’t alter the autonomy of other.Philadelphia is also the cornerstone of the American Independence struggle. It was also a jewel in the British crown, being one of the largest British colonies, second in size and economic status to London itself at the time.

All of Almost Home’s Philadelphia, PA furnished apartments have fully equipped kitchens, making cooking both easy and enjoyable. However, many of our residents still enjoy dining out from time to time. You might want to give the following restaurants a try:

Things to do in Philadelphia

Stepping out of your Philadelphia, PA temporary housing is bound to present you with numerous interesting activities. We have listed a few possible entertainment options that may appeal to you. Whatever your reason for visiting Philadelphia, Almost Home Corporate Housing is your best choice to provide you with a furnished apartment in Philadelphia, PA that is perfectly tailored to meet your unique housing needs. Call us today to receive a quote or fill out our simple housing request form at the top of this page.

Six Areas to Consider for Corporate Housing in Philadelphia